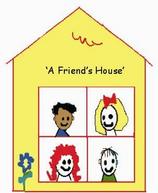 What to do if a Child Discloses to You

Control your emotions and remain calm. Do not show shock, disbelief, anger, etc.

The resiliency of a child is largely affected by the response of the initial person they tell. Your response can aid in the child’s recovery or it can be a second victimization.

Thank the child for telling you.

Most children do not disclose, so the fact that a child has chosen to disclose to you is a big deal. Affirm them and thank them for sharing this with you.

Let them know that this is not their fault and that you believe them.
Explain what you’re going to do next.
Immediately call law enforcement to make a report.

Do NOT Push the child into giving details of the abuse; your job is to listen to what the child wants to tell, not to investigate
Do NOT Ask direct or leading questions as this could be harmful to the investigation
Do NOT Discuss what the child has told you with others who are not directly involved with helping the child

Do NOT Confront the alleged abuser. This could harm the investigation as well as put your child in danger.

How do I know abuse when I see it?

​
Sexual abuse generally occurs when a person has sexual contact with a child under the age of 16. Sexual abuse may involve forcing, coercing, or persuading a child, Sexual abuse also includes non-contact acts, such as exposure to pornography, sexual acts in the presence of a child, and discussing sexual acts with a child.
Physical abuse is an injury to a child under the age of 18 by other than accidental means by parent or caretaker which results in bruises, welts, fractures, burns, cuts, internal injuries, etc. Physical injury is defined as bodily harm or hurt.
Neglect is the failure to provide necessary sustenance or the failure to provide an environment in which the child can thrive.